Susan Jaggers is the CEO and is a mom with four kids. We’re giving this web site thing a try to hopefully help offset some of the HUGE college bills coming our way.

Susan has a BS in Computer Science from Texas A&M (Whoop!).

Her husband Stephen is also a Texas A&M grad with a BS in Computer Science (guess where we met).

Emily joined later and is a jack of all trades.

Susan runs the business and is the only person on the company roster. Susan provides artistic direction and write articles.  Stephen does some technical odds and ends along the way to try and help when he can and also write articles.  Emily works as a part time contractor managing outreach and is a sometimes contributor providing articles.

Our Ventures to Date…

Jaggerware LLC has been in business for eight years now.

Since all of the work is done with free time, it’s slow going.

But, we do have some small successes. And, can say we’ve made money almost every year.

Jaggerware LLC was created to try and take advantage of the HUGE Android and Apple IOS app market. Our first venture was an application called the Math Wizard. We created the Math Wizard as a way of learning just what it takes to put together a great app. The Math Wizard was written for the Android OS. When it was released in 2009, very few apps were already out there (compared to now). We were so excited when it was first published. We knew nothing about marketing (still don’t know that much). It took a while for the app to take off. I think we sold 3 in the first 3 months. Maybe a dozen the first six months. Then we saw some real growth.

We’ll years later, that was the best month ever. We think to many other apps started showing up and we dropped off the top of the App Store search pages. We still get about $1 a month or so. But, our dreams of retiring and buying vacation homes with the proceeds are long gone.

If you’re reading this on an Android phone, download the free version Math Wizard Lite. It’s a “lite” version that has reduced functionality to just give potential buyers of the Math Wizard an idea of what the full version can do.

We are very proud of the app. And, even though it doesn’t stuff our bank accounts, we do think it’s a very nice tool that early elementary age kids can use to master their Math Facts.

If you do download the app, please make sure you go into the options to see how well the app can be tailored for exactly what you child needs to work on. If you have the right age kids, do give it a try. We think it’s well worth the 6 quarters (of which Google gets 2 of them) that it will cost you.

This is our second app.

The idea with this app was to learn more about creating an app where users of the app could play a game against each other. 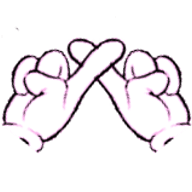 Many hurdles have occurred along the way.

When you’re trying to keep from spending much (any) money, you need to be creative with how to implement your app with regard to player vs player interaction.

The hard part is how do you get the users to meet.

If you don’t have an external server (expensive) that is keeping track of players and joining them. Then, it gets difficult.

The first iteration of this was to create a web site that accepted HTTP requests and use PHP with a MySQL back end to keep track of the new users.

This was actually something that we got pretty much working. But, we were using a free web hosting company (Zimic). And, we weren’t confident that they wouldn’t have a problem with using their site in this way (although their TOS didn’t specifically forbid it).

Also, we found that Zimic would sometimes go away for a weekend (or two).

The good news was that it took us long enough to implement the “free” version of “player vs player”, that new companies came along that offered SDKs with user capabilities, and other options.

Scoreloop had pretty much what we needed in their SDK.

Chopsticks was ported from using the “free” framework to using the Scoreloop SDK.

Unfortunately, there are many “nits” associated with getting this app into good enough shape where we feel it can be released. And, since it took us long enough to port over to Scoreloop, we also were able to see what the Math Wizard was able to earn on a monthly basis.

In a word demoralizing.

Chopsticks seems very close to being able to be released. But, every time we go back to it, it’s still very far from being the type of product we want to put our name behind.

We do still plan to finish this app. The current plans are to try and release it without the “player vs player” functionality.

It currently does have a “player vs computer” function that works really well.

While wrapping up Chopsticks, we were dealt another blow.  Scoreloop went under.  🙁

We took some time off from Chopsticks for a while.  And, while we were trying to figure out what to do about Chopsticks, something else came along.

We’ve been distracted by something else with bigger potential…

We started with a lotion site as our first venture into web site marketing.

We got into this because we were up late one night and saw one of those web videos that talks about how you can quit your job and just watch the money roll in with web marketing.

I had pretty much had one of those days at work and was really liking what I was hearing.

Since it was late, and I was too tired to stop listening.  Then, I got intrigued enough to look into this world of affiliate marketing.

I have to give credit where credit is due. The video ended up having me go through Kyle “free” training at Wealth Affiliates (WA).

The training there had enough information there to convince me that there was “money in them there hills”.

The more I learned about WA, the more I was convinced I didn’t need to pay Kyle “premium” money per month to get the job done.

I had started to pick a “keyword” for my first site and was just about to go crazy filling that site out when I stumbled upon Spencer Haws.

I have to say Spencer is just a genuine guy. His main web site is Niche Pursuits.  And, if you are thinking about getting into this business, I highly recommend reading through his site.

Especially the Niche Case Studies. Spencer (and Perrin; see case study 2) truly have convinced me that money can be made.

And, they show all the steps on how to do it (including the mistakes). Just read through one or two of the posts there, and you’ll be able to tell pretty quickly just how genuine these guys are.

Anyway, back to my site. I used the “free trial” version of Spencer’s Long Tail Pro tool to find my first site.  I keep going back and forth on whether this site is truly “good” in terms of keywords.

When I compare how long it’s taking me to rank on Google to the two Niche Site Affiliate Case Studies, I have to think the keywords are not good.

UPDATE:  Unfortunately, my intuition was correct.  The lotion site was not a good niche.  Or, if it is, I haven’t taken the right approach to monetize this type of niche.  My instincts tell me that this is just too competitive of a niche.

I’ve read in many other places where it can take 3 or 4 months before you truly rank where you’re supposed to rank. As I write this, I’m 2 months in. And, am very frustrated that I don’t have a sale yet.

UPDATE:  After 3 years, and 3 total web sites, I have 1 web site that is starting to make a little money.  When I say little, that’s pretty accurate.  The number of users is increasing for the last six months at a really nice rate.  But, I’d hardly call it a resounding success as the highest earnings in one month are around $30.  But, we’re almost at that amount this month with 13 days left in the month.  So, things are trending SLOWLY in the right direction.

I’m on page 3, and Perrin’s site got their first sales when on page 3. I don’t have any illusions that our site is as good as Perrin’s A Penny Shaved (the PBN update of September 2015 wiped that site out; after attempts to get Google to drop the “thin content” penalty, Perrin abandoned that site).

We have also implemented Google Adsense. Adsense has actually done slightly better than the affiliate links.

UPDATE: Well, Perrin’s A Penny Shaved site was penalized by Google on September 18, 2015.  The reason I remember that date is that ALL THREE of our sites were penalized on that same day with the Google PBN update.  We have since re-branded our three sites, and changed the focus to provide a higher level of content.  Originally we thought we could spend nominal time on these sites and earn thousands a month.  But, turns out good content is HARD.  And, time consuming.  But, after about a year, one of our three sites is showing some love from Google.  We don’t understand why the other two aren’t doing any better.  But, maybe we’ll stumble on what that is at some point.

Our second site has been up and running. Now that it’s targeting much less competitive keywords, it is getting more impressions than before.

We moved this site from the free hosting site to see if the domain was holding us back. I can’t say the domain really was a factor.

The other reason was that we couldn’t put Adsense on this sub domain because Google lumps all sub domains together and one previous web site owner on this domain was penalized (it wasn’t me).

The site actually seemed to do a little worse on it’s own domain.  But, I think it had something to do with the rebranding which lost a little focus on the keyword we were targeting.

Our third site has actually done the best.

We are going to start to try and drive targeted traffic at landing pages that are designed to get high conversion rates.

The idea is that the landing page is answering a very specific question.

The answer is the affiliate product that we are providing an affiliate link for.

We don’t know if this will work.  We have doubts based on our previous four years with affiliate web sites.  But, there are some techniques that sound promising that we are going to try.

So, we’ll let you know if it works.

We’re hoping 2016 is the breakout year for Jaggerware LLC. While it has made money over the years. We’re hoping to at least make back what we spent last year.

We are making money.

But, the amounts are extremely small and not yet what is needed to maintain this level of effort.

The recent success of our last site has motivated us to continue that affiliate site.  But, if the other sites don’t at least make enough to pay for the hosting and domain names, we may let those two go.

It would be a really tough decision to do that as they each have a year and a half of work put into them.